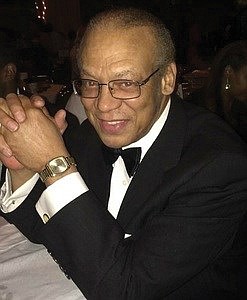 Jon C. “Sugar” King Sr. was an influential force in Richmond in opening doors to ensure Black participation in business and the arts.

Without holding public office, he ranked among the most connected Black men in the city, an insider who was frequently consulted during policy making. His ability to deal with people was unrivaled. In a world of quick tempers and sound bites, Mr. King was regarded as the consummate, unflappable professional who never spoke an angry word, used profanity, or took offense.

But the outward calm and restraint he displayed was known to mask a seething passion for ensuring that Richmond fairly shared opportunities across racial lines and a determination to persist to make it happen.

Along with his business, he promoted equity by building relationships and serving on the boards of multiple organizations, ranging from the Greater Richmond Cham- ber of Commerce whose board he chaired, to the Black History Museum & Cultural Center and the Downtown booster group Venture Richmond.

As chair of the city’s Economic De- velopment Authority, for example, he spearheaded the creation of the first public business incubator in Downtown to help fledgling Black and minority entrepreneurs to get their businesses off the ground.

At the chamber, he was involved in bringing low-cost airlines to Richmond, supporting the change to a “strong mayor” form of city government and developing the HYPE program to enable young creatives in Richmond to interact socially.

Family and friends will gather Saturday, Aug. 28, at the Free People of Color Museum in New Orleans to celebrate his life.

Born in South Bend, Ind., in 1946, Mr. King planned to spend his life working for the U.S. Postal Service after graduating from high school. He credited his military service for changing his life. Instead of accepting the Army draft during the Vietnam War, he enlisted in the U.S. Air Force, trained as a mechanic and had eye-opening experiences fixing airplanes at bases in Japan, Thailand, Vietnam, England and the Philippines.

He later earned assignments to the Na- tional Security Agency and to the White House, where he worked in a supervisory post in a new division involving computer systems analysis, his family said.

Finding his education deficient, he left the military and earned a business degree from Howard University, shifted gears and began a career in banking. He started out with Bankers Trust in New York, became a vice president for Hibernia National Bank and came to Richmond to be a vice president of trust operations at Crestar Bank, which later merged into SunTrust.

In 1990, he left to start Exclusive Staffing of Virginia with his wife, LaVerne, to fill some of the professional staffing needs that he found at the bank and at other companies. The Kings operated the business that had 10 full-time employees and sent more than 200 people to corporate assignments weekly. Mrs. King mostly ran the day-to-day operations while he was out creating connections.

In 2000, Mr. King was recognized with the Distinguished Leadership Award from the National Association for Community Leadership for his work to create the business incubator at 5th and Franklin streets in a formerly vacant eight-story office building.

The family requests that memorial contributions be made either to the Black History Museum & Cultural Center of Virginia in Richmond or the Free People of Color Museum in New Orleans.