An unexpected impasse has developed in contract talks between GRTC and its unionized drivers that is creating friction and blocking approval of a new three-year contract to replace the one that expired Sept. 30.

Drivers of buses and Pulse vehicles continue to work under the terms of the old contract, according to Maurice Carter, president and business agent for Local 1220 of the Amalgamated Transit Union.

“We’re still trying to get this settled to avoid any disruption of service,” Mr. Carter said.

The impasse has developed even as CARE Van operators, who are under a separate contract, reached agreement with the GRTC contractor, First Transit Inc., on a new three-year deal, Mr. Carter said.

For GRTC, the impasse on the contract is happening as the company deals with the impact of COVID-19, including a 30 percent decline in ridership and continuing detection of positive cases among its office staff who do not interact with the public.

The company reported two more cases Monday, bringing the total of those testing positive to 46. Virtually all have re- covered. One bus operator died from the virus last year.

This time, the two sides are divided on retaining language from previous contracts. Those contracts included a line that kept in place operational practices that were not codified but had become accepted. 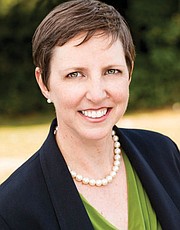 GRTC Chief Executive Officer Julie Timm has sought to replace that language with new wording that would allow the company to change, alter or abolish such practices, Mr. Carter said.

Ms. Timm told the GRTC board in December that the language maintains the “the long-standing right to set work rules.”

In a report to the board, she stated that GRTC had modified the language to require the company to notify the union of new rules or modifications five days before changes go into force to give the union time “to review and comment.”

“We can’t support that,” Mr. Carter said. He said the union’s position is that it should be able to negotiate all work rule changes with GRTC and should get more than five days to review any new rules or changes.

The local, which has about 400 members, mainly represents more than 370 bus and CARE van drivers, mechanics and cleaners.

The two sides have not met since Nov. 10, but both sides are seeking to set up another meeting later this month in a fresh effort to reach agreement.

Relations between GRTC and the union generally are cordial. However, in 2015, after contract talks stalled, members of the local voted for the first time in decades to authorize a strike, which quickly led to a settlement. So far, Mr. Carter said the local has not scheduled such a vote.