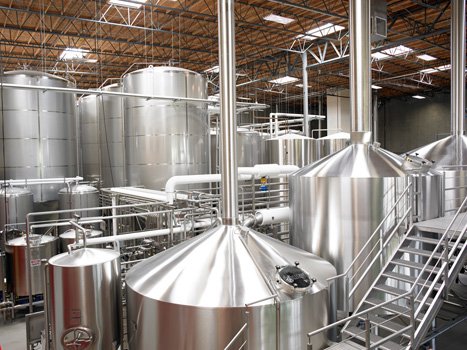 That’s what Richmond is getting after California-based Stone Brewing Co. agreed to make Virginia’s capital city the home of its first East Coast brewery and restaurant operation.

The win is a big deal for this job-hungry city where one in four people lives in poverty.

Stone is promising to generate more than 100 new jobs in its first phase and up to 288 within three to five years.

Just as important, the new arrival is projected to generate more than $1.2 million a year in new tax revenue for city coffers.

The brewery’s decision also bolsters Richmond’s growing reputation as a craft beer center that has been fueled by the likes of Ardent, Blue Bee, Isley, Legend and Hardywood.

Based in suburban San Diego, Stone is one of the nation’s top 10 producers of specialty or craft beer, the fastest growing segment in the nation’s steadily shrinking beer market, and is known for such offerings as Levitation Ale, Arrogant Bastard Ale and its India Pale Ale line.

The company already has two breweries at its home base and has a third under development in Berlin, Germany.

If all goes well, the new Stone operation could produce 120,000 barrels in its first year and grow to 500,000 barrels over time. That’s huge for a craft brewer.

Stone president and co-founder Steve Wagner said Richmond’s ability “to meet our extensive site requirements” ultimately made it the choice. He cited the city’s “vibrant energy, impressive craft beer culture and the uniqueness of the property” as other reasons. And Richmond’s location at the intersection of two interstates also was a lure for a company eager to ship to customers on this side of the country.

Mayor Jones’ administration also offered an almost unprecedented package of incentives that the company ultimately could not refuse.

That includes helping the company with the upfront costs of developing the planned brewery site, a 12.5-acre tract fronting Williamsburg Avenue in the historic community of Fulton, one of the earliest places of English settlement in Richmond.

As outlined by the mayor’s office, if City Council approves the deal as anticipated, the city plans to:

• Borrow $23 million in taxpayer-supported general obligation bonds to develop the 200,000-square-foot production center. The city would recover the debt by having Stone lease back the space for 25 years at a rent large enough cover the interest and principal. The city would own the building but use its Economic Development Authority to build the plant and serve as landlord. The city is to get a $5 million state grant to cover design and other costs. According to the city, the company would be responsible for the additional cost of property taxes and maintenance of the plant.

• Borrow another $8 million to cover the cost of developing a separate, landscaped beer garden and restaurant next to the James River, with the company again leasing back the property at a high enough rent. The target site is projected to be the now vacant Intermediate Terminal in the 3100 block of East Main Street, though the current owners have yet to sign off.

• Provide the company with grants worth $2 million over time using tax revenue generated by the company and moderate the cost of treating the new plants wastewater. That would be on top of the additional grants and tax breaks the state plans to provide the company for buying Virginia agricultural products, hiring local residents and developing in an enterprise zone.

The brewery is expected to be on the fast track for construction. A majority of the nine council members have signaled a readiness to stamp approval on the mayor’s proposals. The council this week approved special-use permits to allow the brewery’s development at the property and wiped out a restriction limiting beer production at the site to no more than 100,000 barrels a year.

The company’s aim is to start brewing beer in January 2016.