Spring football shows off offenses at VUU and VSU 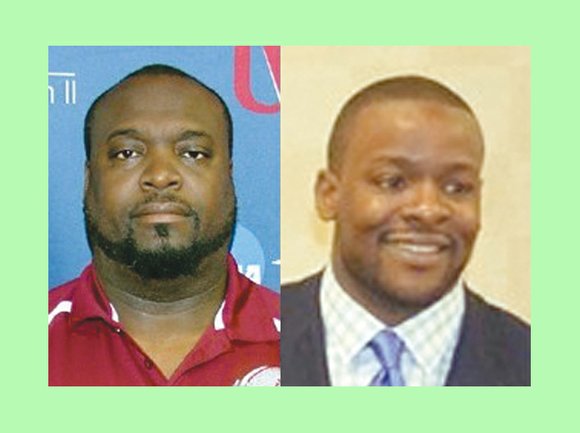 Kenneth Graham, VUU’s quarterback most of last season, is still rehabilitating from knee surgery and was held out of the game.

“What a difference a year makes,” said Coach James. “Last year, we started off slow offensively … but tonight we came out and established ourselves and I feel really good about that.”

“With the talent from our recruiting class and our veteran leadership, I’m confident we’ll have a successful season this fall,” said Coach Thweatt.

Trenton Cannon, a transfer from Shepherd University in West Virginia, raced 109 yards on 11 carries. Cannon hails from Kecoughtan High School in Hampton, where he was the Peninsula District 100-meter dash champion.

A freshman of note on VSU’s roster is Stephen Mines, an All-State running back out of State 5A champion L.C. Bird High School in Chesterfield County.

Taylor made: VUU’s new quarterback coach is Troy Taylor, who has a reputation grooming quarterbacks.

Spider webs: Coach Thweatt’s staff of assistants has a strong connection to the University of Richmond Spiders.

Alex Stadler, Mark Carney and Jeff Hanson all worked with Coach Thweatt at one time or another as UR assistants.

VUU opens what is now a nine-game slate on Sept. 5 against Brevard College at Hovey Field. The other non-CIAA game will be against Gardner-Webb University on Sept. 19.

For now, VUU has just four home games, including the Oct. 17 homecoming game against Chowan University.