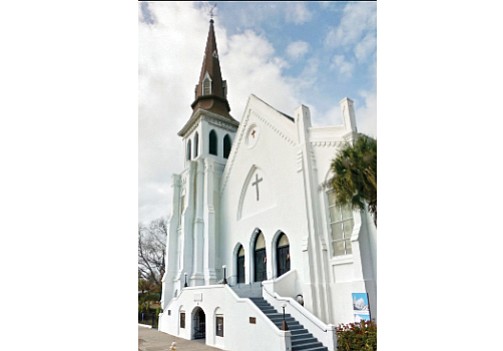 Pastor Preston R. Gainer is deeply perturbed. As violence dominates local and national headlines, he now is considering whether to arm himself and members of his East End church’s safety team as part of St. James United Holy Church’s security precautions.

“With the things going on in society now, it has been quite troubling,” Pastor Gainer said following a church security forum last weekend sponsored by the Richmond Police Department.

Pastor Gainer admits he grew discouraged watching a recent television news report in the wake of the mass shooting in a church in Sutherland Springs, Texas, that ended with 26 people dead and 20 others wounded at the hands of a gunman with a history of domestic abuse. He said he was struck by the words of a woman who vowed to avoid church and, instead, study her Bible at home.

He, like many pastors, is grappling with the tough task of how to keep church open and welcoming, but also safe from those looking to inflict harm. He said he wants to alleviate his congregations’ fears “and also alleviate the opportunity for someone to walk in” and catch worshipers off guard.

African-American churches have long been targets for violence, several pastors pointed out. They recalled the deadly June 2015 shooting at historic Emanuel A.M.E. Church in Charleston, S.C., in which a white supremacist opened fire after sitting through a weeknight Bible study, killing the pastor and eight members of the church. They also pointed to the September 1963 bombing of a church in Birmingham, Ala., by Ku Klux Klan members, killing four little girls during Sunday services.

It’s a scary situation, Pastor Gainer said, but “it’s the climate that we live in today.”

Heavy on the minds of more than 200 faith leaders and congregants attending last Saturday’s police forum was formulating plans for, or shoring up responses to, potential attacks and emergencies at places of worship.

Under Virginia law, anyone who carries a weapon into a place of worship “without good and sufficient reason” can be charged with a Class 4 misdemeanor. While one presenter advised that churches have discretion to determine whether to allow guns on their property, faith leaders were encouraged to seek legal advice when formulating gun policies.

Special Agent Austin C. White of the Virginia State Police walked the audience through a congregation safety presentation. He showed a series of slides with pictures of a man with a camera, a dark figure in a hat and trench coat, and a bundle of dynamite attached to an alarm clock and asked whether they seemed suspicious. He then encouraged communication with local law enforcement agencies and erring on the side of caution when spotting something suspicious.

“I would much rather get 100 calls that mean absolutely nothing than miss the one where somebody could get hurt,” he said, alluding to a bomb scare over a $1 novelty alarm clock shaped like dynamite that caused a stir earlier this year in Henrico County. “That’s what you pay us for. That’s what you expect from us. That’s what we hope to be able to give to you.”

Agent White provided the audience several response options when spotting suspicious behavior — observing, engaging in friendly conversation, recording with a device, confronting the individual, notifying authorities on site and calling the police. He also encouraged the church leaders to carefully consider whether to publicly post their rules on firearms.

Dr. Herbert L. Ponder, pastor of Mount Tabor Baptist Church in Richmond’s East End, said he has informally discussed creating an official gun policy with his church. In an ideal world, they don’t want guns on the premises.

“We don’t really want to go there,” he said. “We serve a big God,” he said, but “it’s always important for us to be watchful and prayerful.”

While his church is working to formalize the safety team, a shooting scenario is one more item “on the plate of things we shouldn’t have to think about,” he said, but it’s a reality of the times.

Elder Calvin L. Harris, pastor of Reconciliation Church of God in Christ in South Side, attended the event with members of his church in hopes of finding safety response resources for his developing safety team. Pastor Harris said his church is small, and currently has an implied “no guns in the sanctuary” policy.

“We’re not really for guns in the church,” he said, noting his Army background. “The thing about guns is, if you have people who don’t know how to use them, they can do more damage than a person who’s initiating a threat.”

He said 20 or 30 years ago, he didn’t think active shooter training was necessary for a church, but he’s planning to begin with his congregation soon.

Officer Kimberly Cheatham-McClarin, who has been organizing the department’s Places of Worship Safety and Awareness Forum for the last six years, said she never imagined she would be seeking speakers to discuss things like active shooter safety or how to remove a disruptive or violent person from a worship service.

“Even if it has not happened in our city,” she said, “I’ve learned that it’s very important to be prepared — to recognize what suspicious activity looks like, how to report a suspicious person and have some plan of action in case you encounter that person.”