Commentary: Virginia voters can be certain their votes count

The U.S. Senate Intelligence Committee concluded in late July that election systems in all 50 states were targeted by Russia in the 2016 presidential election. While the report concluded that no votes were changed in voting machines at the time, the committee’s report warned that the United States remains vulnerable to attack in upcoming elections. In the wake of the report, the Richmond Free Press invited Christopher E. “Chris” Piper, commissioner of the Virginia Department of Elections, to address the question of just how secure is Virginia’s election apparatus. Here is his response, penned with Michael Watson, chief information security officer with the Virginia Information Technologies Agency.

Elections are the cornerstone of the American form of government, representing the will of the people, and it is imperative that the integrity of elections is protected at all costs. With our election process so critical to the way our country functions, a threat to the process draws significant attention.

For the first time in recent history, America has experienced real-time direct attacks on our democratic process in the form of attempts to disrupt elections. Fortunately, to this point these attacks have had limited impact. But they have sent a clear signal that we need a comprehensive review of the security measures in place protecting our elections process. 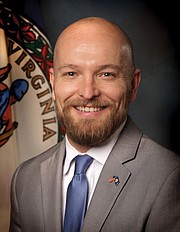 While Virginia’s database was not breached, the Commonwealth of Virginia, the Department of Elections, or ELECT, and your local voter registration offices have been working diligently to ensure votes are cast and counted in a secure manner and that voter data is safe.

A review of all ELECT technologies, processes and policies was undertaken to prevent the types of attacks and disruptions affecting other states across the country. ELECT and Virginia Information Technologies Agency, or VITA, are working together and are committed to ensuring that voters can feel confident in the security of the voting process.

ELECT and VITA partner with the National Guard, the Department of Homeland Security, the Federal Bureau of Investigation (FBI) and numerous state and local law enforcement entities. These partnerships have worked to further refine technologies and processes aimed at securing elections equipment and technologies supporting our elections process.

These partners have provided support through cyber and physical assessments, information sharing, training and exercises. Together, we are more confident than ever in the resiliency and security of our state’s election infrastructure. The work that we have done together has built lasting relationships that will continue well beyond the 2020 presidential election.

One of the major efforts Virginia undertook was a comprehensive review of our voting equipment. This review resulted in several improvements to the type of voting equipment used and the way the equipment was used.

Before the 2017 November General Election, the State Board of Elections decertified electronic voting machines and all Virginia localities transitioned to optical scan voting machines.

Optical scan machines, on the other hand, provide a paper record of each ballot cast, allowing the verification of the ballot and the machine reading the ballot. This also allows an audit to occur after an election to ensure the results provided by the voting equipment machine matches the voter’s intent.

As of 2018, Virginia began a post-election audit program, adding one more layer of security and integrity in the electoral process.

In addition to the equipment review, Virginia identified information sharing partners who understand the threat to our elections infrastructure. As part of that effort, Virginia joined the Election Infrastructure Information Sharing & Analysis Center, or EIISAC, a collaboration that brings together all 50 states and more than 1,000 election jurisdictions nationwide.

The center works with state election officials to provide real-time threat sharing, as well as cyber defense training, and has ensured that Virginia is part of a broad national defense against foreign attempts to interfere with our elections.

Virginia has taken many steps to secure our elections. We take this responsibility seriously. We understand that we must always remain vigilant and continue to evolve to stay ahead of potential threats.

We are fully committed to working collaboratively with our partners to maintain safe and secure elections for Virginia’s voters.