HBCUs packing power for second half of basketball season 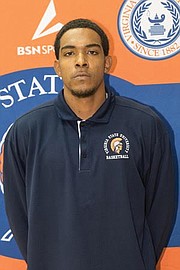 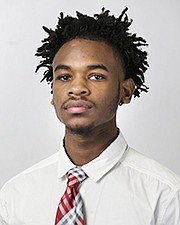 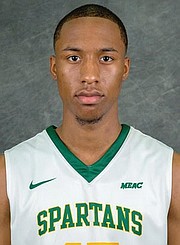 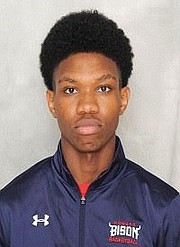 Virginia State University’s recent basketball success can be traced all the way to Chièvres Air Force Base in Belgium.

That’s where Armond Griebe, who has given the Trojans a front court boost, grew up tall and strong overseas in a U.S. military family.

The 6-foot-7, 210-pound junior forward is a broad-shouldered reason why Coach Lonnie Blow’s Trojans won eight of nine games heading into the holidays.

“Armond is an athletic kid with a lot of bounce,” Coach Blow said. “It was a real blessing when he came to us.”

Averaging eight points and four rebounds for the season, Griebe enjoyed a noteworthy game Dec. 19 against his former team at VSU’s Multi-Purpose Center. In spurring VSU to victory, he collected six points, six rebounds and three assists while offering plenty of stiff inside defense in 33 minutes of action.

After Belgium and before college, Griebe starred at Potomac High School in Dumfries, helping the Northern Virginia school to the state 5A title in 2014 and the state semifinals in 2015.

Griebe is one of two Trojans with international flavor. The other is 6-foot-5 sophomore Lual Daniel Rahama, a native of Sudan who went to Warwick High School in Newport News.

Virginia Union University can only hope the 2019 part of the 2018-19 season goes as well as the first half for precocious freshman Demarius Pitts.

A scoring threat from all over, the 6-foot-5 newcomer from Maryland averages a team-best 17.5 points while hitting 17 of 38 3-pointers for 45 percent. Overall, the Panthers are hitting just 28 percent from behind the arc.

The Panthers, 5-6, need to keep their suitcases packed. The first four games this season, and six of the first seven in January, are away from home.

The 6-foot junior from Newport News is averaging 26.6 points, second in the NCAA Division I to Campbell University’s Chris Clemons, averaging 30.5 points per game.

Coincidentally, both Clemons and Marrow play in the Big South Conference.

Marrow has left his mark in Richmond. He had 25 points for the Hampton University Pirates in a loss at Virginia Commonwealth University and a whopping 38 points in a victory at the University of Richmond.

He starts the new year with 1,460 career points.

Norfolk State University may have had an advantage in recruiting C.J. Kelly. After all, his mother, Marlane, played for the Lady Spartans in the late 1980s.

A redshirt freshman, the 6-foot-5 Kelly is quite a catch for NSU.

At Queens High School in Long Island, N.Y., he led the Public Schools Athletic League in scoring — 28 points per game — and was PSAL Player of the Year.

Recently, Kelly was named MEAC Rookie of the Week after solid outings at the Sun Bowl Tournament in El Paso, Texas. Kelly had 10 points in NSU’s win over host University of Texas-El Paso and eight in the Spartans’ loss to East Tennessee State University.

Charles Williams shows you don’t have to go to a big high school to become a big star.

Before enrolling at Howard University, he was a pioneering newcomer at tiny Millwood School in Chesterfield County. Millwood lists its K-12 enrollment as 222.

At Howard, the 6-foot-6 junior is the MEAC’s third leading scorer at 18.3 points per game. As a freshman, he was the MEAC Rookie of the Year.