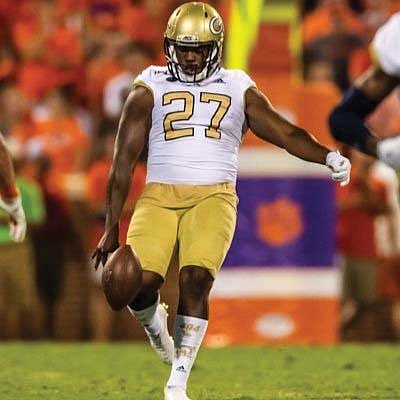 Pressley Harvin III has become the first African-American to win the Ray Guy Award, presented to the nation’s most outstanding college football punter.

The Georgia Tech standout led the nation in punting this season with a 48-yard average. Nearly half of his kicks resulted in fair catches and 40 percent of his efforts were downed inside the 20-yard line.

Harvin earlier was named All-ACC while breaking the conference record for average distance.

The Guy Award was first presented in 2000.