Losses pile up for NSU 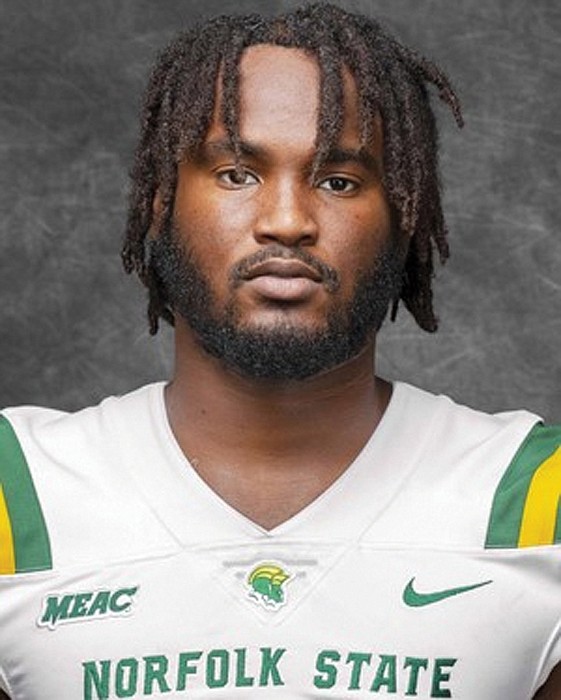 After finishing the 2021 season with three consecutive defeats, the Spartans fell to 0-5 this season following a 31-14 loss on Oct. 1 at Sacred Heart, Conn.

Next up is the MEAC opener Oct. 8 in Baltimore against Morgan State. Comparative scores don’t favor NSU.

On Sept. 17, Morgan de- feated the same Sacred Heart team that blitzed NSU by 24-9 in Baltimore.

It may not help the visitors that Morgan will be celebrat- ing homecoming. Morgan is the alma mater of Richmonder Willie Lanier, a member of the College and NFL Halls of Fame.

NSU’s top player so far might be Tyler Long, a 5-foot-11, 222-pound linebacker from Cincinnati.

Long had 13 tackles vs. Sacred Heart and leads team for season with 29, with two sacks and an interception.

The Ohioan was second-team All-MEAC a year ago while finishing fourth in MEAC tackling statistics.

His brother, David Long, starred at West Virginia and now plays for the NFL Tennessee Titans.