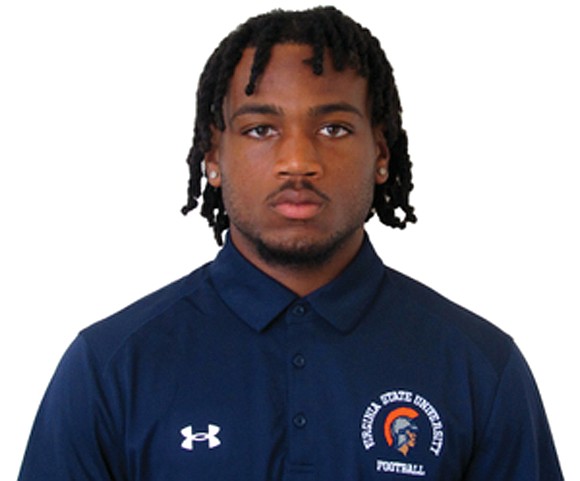 Virginia State University has proven it can win – and win big – at home on its newly-laid turf at Rogers Stadium.

Now the Trojans hope to bus that winning formula to Salisbury, N.C., where they will face CIAA foe Livingstone at 4 p.m. Sept. 24.

VSU is now 2-1 following home wins against Bluefield State and St. Aug’s (now 0-3). It opened with a road loss at Lenoir-Rhyne, N.C.

Quarterbacks Jabari Blake and Jordan Davis combined for three touchdown passes. Kimo Clarke ran for 25 yards and a TD and caught passes for 27 yards and another six points.

Tylique Ray had the single top crowd pleaser of the evening with a 75-yard TD reception.

Zion Johnson had nine tackles on defense and Willie Drew made an interception.

Livingstone, which plays on a blue turf field, is 1-2 following a 42-6 loss at Virginia Union.

VSU and the Blue Bears last met in 2017 with the Trojans winning 56-18 in Salisbury.