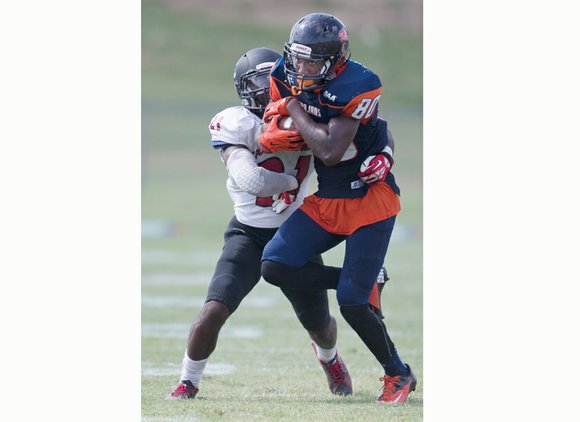 Virginia State University is 0-1 and facing a 405-mile bus ride to try and even the ledger.

The Byron Thweatt football coaching era began last Saturday at Rogers Stadium in Ettrick with a 35-16 loss to California University of Pennsylvania, which is part of the tough Pennsylvania State Athletic Conference.

Next up for the VSU Trojans is a trip to Greeneville, Tenn., on Sept. 12 to face a fired-up Tusculum College squad.

Tusculum College, with 51 returning lettermen from last year’s 6-5 outfit, overcame a 21-point deficit to defeat the University of Virginia at Wise 47-28 in its opener. In his first college start, quarterback Luke Lancaster threw for 477 yards and four touchdowns.

VSU started 1-1 in 2013, losing at Benedict College in the second week, but finishing the season 9-1.

In 2014, the Trojans started 0-2, losing to California University of Pennsylvania and Lenoir-Rhyne University. But then VSU went on a 10-game winning streak en route to the CIAA title and NCAA playoffs.

VSU’s historic season a year ago ended with a loss to Bloomsburg University of the same Pennsylvania conference that California University is aligned with.

Coach Thweatt inherited the schedule designed by Coach Scott to toughen his squad for the upcoming CIAA games. It worked for Coach Scott. VSU was undefeated against CIAA foes under Coach Scott, who is now head coach at Norfolk State University.

There is reason to believe better days lie ahead. VSU is picked to win the CIAA Northern Division, but Coach Thweatt’s opener certainly didn’t follow script.

Quarterback Tarian Ayres passed for 244 yards, but he was sacked five times for 43 yards in reverse.

Brandon Lynch, a sophomore linebacker from Norfolk, led VSU’s defense with 12 tackles, including a sack.