Chief: Crime up, but not out of control 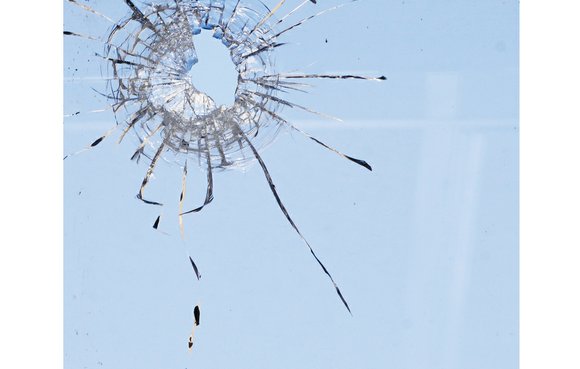 First the bad news: Richmond is suffering its first spike in violent and property crimes after years of decline, according to Police Chief Alfred Durham.

Now the good news: The city’s reported crimes are still at a four-decade low, Chief Durham said in a report to the community last week.

The reality: “Crime is not out of control in Richmond. I want to emphasize that,” the chief said as he sought to quell concerns that the city is headed back to the 1990s when crime levels were twice as high and more than 100 homicides occurred each year.

Still, he said no one at the department is happy about the 12 percent jump in violent crimes in the first seven months of 2016, compared with the same period last year.

And he said he and his force of 714 sworn officers are disappointed that property crimes such as burglary, larceny and car thefts are up 7 percent compared with the first seven months of 2015.

“With support from our law enforcement partners and the community, we’re fighting to reverse the trend,” he said.

He cited the seizure of 464 guns illegal guns this year and other initiatives that target career criminals. And he cited the department’s outreach efforts to build community trust.

Still, Chief Durham remains upset that he cannot get more funding to beef up the force to its authorized strength of 750 sworn officers.

Currently, he noted that the force is short 36 officers from its authorized strength, and he is certain that filling those slots would make a difference.

Richmond Mayor Dwight C. Jones said his administration is waiting for the chief to provide a formal plan on where the officers are needed. He said he might consider asking City Council for approval to beef up spending for the police department.

Whether extra officers would make a difference is unclear. Despite the chief’s complaint, the current complement of 714 officers represents an increase of 24 officers from 10 years ago when crime levels were 20 percent higher, according to the “Crime in Virginia” reports of the Virginia State Police.

In his remarks, Chief Durham acknowledged there is only so much police can do to curb crime, even when residents are supplying tips and information.

He pointed to homicides as a prime example of the limits of policing.

Through July 31, Richmond has experienced 33 murders, up 83 percent from the same period in 2015 when there were 18 killings.

He noted that at least 16 of the murders this year took place behind closed doors inside homes and buildings, where police and outsiders could not see what was happening.

And he said at least half of the slaying were due to behavior and anger issues, including retaliation for imagined slights, arguments or domestic disputes that swept out of control and were settled with a gun.

In an era when “guns are as common as cell phones” in some parts of the city, he said, shootings are all too frequent when tempers flare.

He noted that so far this year, 131 people have been shot, up 26 percent from the 104 people who were shot during the first seven months of 2015.

Also in 2016, there have been 683 violent crimes, compared with 609 through July 2015 — most occurring in sections of the East End, North Side and South Side where poverty levels are well above average.

Even so, in Richmond, he said, “crime is driven largely by property offenses.”

Overall, city residents have reported 4,778 property crimes through July, up about 300 offenses from the 4,478 reported in the first seven months of 2015.

Among the big drivers of property crime are auto thefts and thefts of property from inside motor vehicles, the department reported, due in part to people failing to lock the doors of their vehicles.