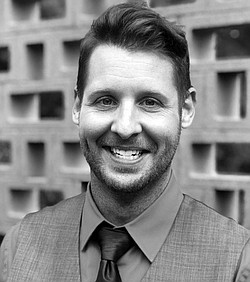 Mr. Sturm, who dropped out of the race on Oct. 11, endorsed fellow candidate Stephanie Lynch. Seven candidates now remain in the contest, which will be decided by voters in the district during the Nov. 5 election.

News of Mr. Sturm’s departure came from a Facebook post on Ms. Lynch’s campaign page, which included a statement detailing Mr. Sturm’s reasons behind his choice of endorsement in a crowded field full of what he wrote “are all good people ... in this for the right reason.”

“Stephanie has proven she is the best person for the job,” Mr. Sturm’s statement reads, pointing to Ms. Lynch’s experience as a social worker and citing an ability to hear and recognize the concerns of the public as qualities that stand out among the remaining candidates.

In the statement and a separate post on his own campaign page, Mr. Sturm, a teacher at Richmond’s Armstrong High School, said that his campaign goal to “push the conversation towards education” had been met through his run for City Council, which focused on equity in school rezoning and rebuilding Richmond schools.

Now, he wrote, “is the time for us all to get behind a candidate who can deliver solutions.”

“I have seen first hand the challenges that Richmond faces, and I believe that Stephanie knows how to solve those challenges,” Mr. Sturm wrote. “At the outset I promised responsive leadership, and I know that you will get that with Stephanie Lynch.”

Ms. Lynch wrote in a statement posted to accompany Mr. Sturm’s remarks, “I am truly humbled that (Mr. Sturm) has chosen to stand with me as his 5th District candidate in this race. I am looking forward to working with Graham and all the RPS teachers, School Board members, families and community members who understand our most critical investment for the economic health of this city is in our public education system.”

The winner of the election will serve out the remainder of Mr. Agelasto’s term on City Council through December 2020.